The Bloomsdale, Mo. native was shooting for a top-3 finish at the 37th annual Foot Locker Cross Country Championships in San Diego, Saturday, December 12, 2015, a meet that includes 80 of the best high school male and female harriers in the country. Having earned three cross country All-American honors in three of her four national championship cross country races over her first two years of high school, third-place was a lofty but reasonable goal, especially after winning the Foot Locker Midwest Regional by 21 seconds, two weeks prior. 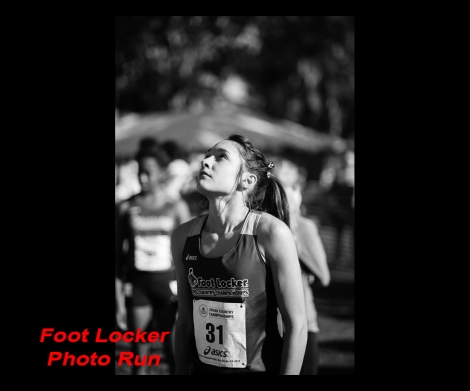 Werner had early success in her high school career, collecting state titles like coins and placing 13th and 10th at Foot Locker Nationals as a freshman and sophomore, while adding 40th and 5th place finishes at Nike Cross Nationals those same years. Werner’s junior year was filled with frustration though as she dealt with a stress reaction in her pelvis that went undiagnosed for months. That didn’t keep her from four more Missouri Class 3 state titles in cross country and track as a junior, but it slowed her enough to keep her from matching her previous best times on courses and on the track. 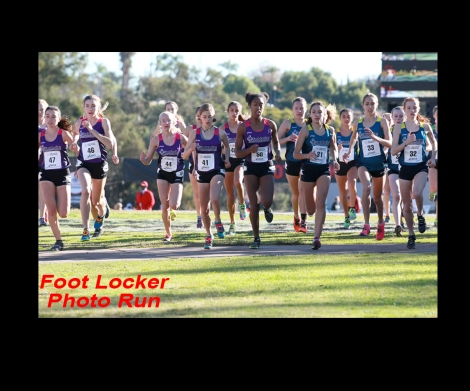 Werner was in contention for a top-3 finish in San Diego and in the top four for most of the first half of the race. Werner let one runner go by her near the halfway point, but that was all. She kept up a similar pace to the leaders ahead of her. Werner captured a fifth-place finish and the final first-team All-American honor. 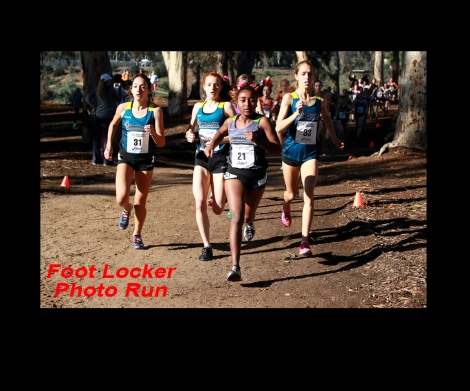 At the gun, Werner got out strong and moved to the front row of the pack, a stride behind eventual champion Weini Kelati. A minute in it was Werner and two others right behind Kelati, with a step on the chasing pack. Just after the 1k mark and 3 minutes in, Kelati had surged to a 10-meter lead and kept the pedal down. Werner and Midwest teammates Judy Pendergast and Maryjeanne Gilbert followed and put some ground on the chasing field behind them. 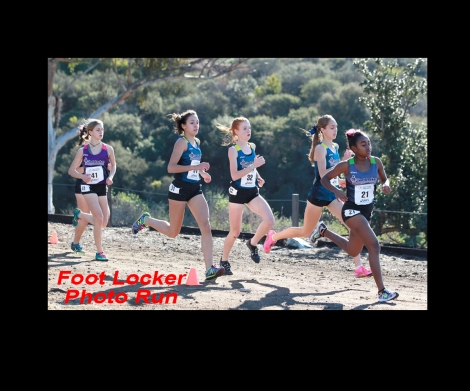 At the mile, the trailing trio all clocked in at 5:17, three seconds behind leader Kelati. Soon after, the trio separated as Maryjean Gilbert surged past Kelati and in to the lead while the South’s Nevada Mareno came from behind and moved past Werner, running with Pendergast in third and fourth place, a few strides ahead of Werner.

The top four put some ground on Werner over the second mile, while Werner did the same to the runners behind her. She was able to keep up a pace that kept any other runners behind her from threatening her position over the final half of the race. Werner was in her own bubble, approximately 30 meters behind the lead pack and 30-40 meters ahead of the nearest competitors. 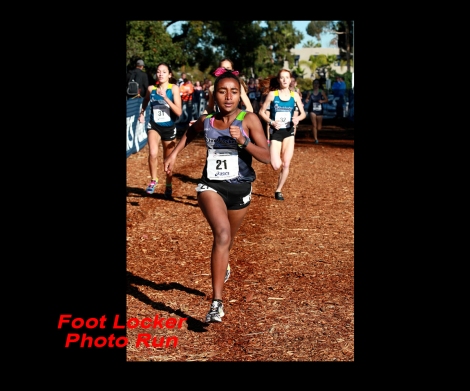 At two miles, Werner was holding strong. She was 10 seconds back of Kelati, who had regained the lead, while the other three were nine seconds ahead of Werner, who had built an 11 second lead on the next competitor. Werner gutted out the final mile and a half, fighting pain and fatigue. Werner clocked a 5:48 for the second mile and 5:50 for the third. 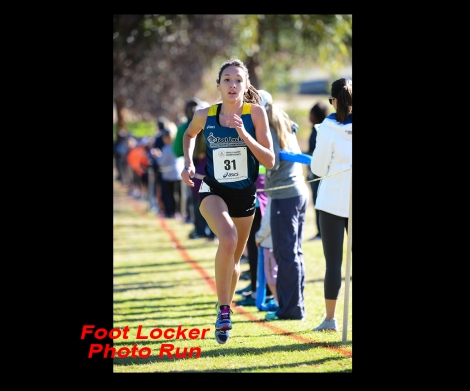 Werner spoke about the race several hours afterwards by phone. She talked about how the race played out and shared her thoughts, “This past week my legs have been really tired. I knew going in that this race was going to be tough, but I just pushed it out of my mind. When I started out I didn’t feel too great, I kind of got cut off here and there, that’s to be expected in a big race, but it went really well.

“I was trying to stay with the front four girls and eventually, about the first mile, they gapped me a little bit. I knew it was going to be hard running by myself there in fifth place, because there were girls there right behind me. But I was able to stay strong and keep going and eventually I stayed in fifth and finished in fifth. I was happy. I managed to stay focused the whole race and keep pushing and used everything I had, so I am really happy with how it went.“

Werner talked about how fast the pace was, “It was really hard for me to stay (up there with the leaders). I wish I would have felt better. I honestly think if I would have had the perfect day, the best day of my life, I could have stayed with them and maybe competed for a top-three spot. But that’s okay. Not every day is going to be your best day, which is understandable. I was really happy that I was even able to stay with them for the first mile and finish the way I did. Overall, it was a really good day.”

Werner spoke about running by herself for most of the race and about what she was thinking during the race, “It was hard, I’m not going to lie. There were a lot of times where I was thinking, ‘Oh my gosh I have got to slow down, I’m going too fast,’ but I decided to (start thinking), ‘This is your goal, this is what you want to do, you want to get First-Team All-American.’ The girls that were in front of me, I could see them and it was kind of a constant reminder that ‘You can compete with those girls, you’ve raced with them before, do not let them get away.’ I think that really helped me and I just had to keep staying focused and, I think overall, I did a fine job of that and managed to keep that place.”

Werner spoke on the fact that she was in a bubble of sorts, with runners ahead of her, or behind her, but no one was close to her over the final half of the race. “…I had no idea where anyone was. When we were going around some corners I would look over my shoulder a little bit, but I couldn’t see anyone. I really didn’t get a chance to see anyone, and no one was saying anything. So, I was in an unknown world. I didn’t know where anyone was. I had to just keep fighting. I saw Judy Pendergast in front of me and I just kind of kept my eyes on her back and would keep going, trying to gain some seconds on her, to try and close the gap. That’s kind of what I had to focus on the whole race and (I) tried not to worry about what was going on behind me, because I honestly had no idea.”

Werner also spoke on how she feels about the meet and what her performance means as she wrapped up her high school cross country career so successfully, “It means a lot. It’s kind of a relief. All the hard work I’ve put in has paid off and knowing that these girls I race with are all working hard too. I’m really excited to see how we do in college, I know I’m going to see them again. I’ve made some friends, (it’s) just an overall amazing experience. I’m really glad I was able to make it back to Foot Locker.”

Werner helped lead the Midwest Girls dominate the team race. The Midwest put three girls in the top five and five in the top eight to score just 26 points. The South was second with 34 points while the Northeast was third with 70 points. The West squad rounded out the scoring in fourth, totaling 104 points.

Werner’s appearance at the meet now brings the total appearances in the meet by Missourians to 39 while twenty-six Missourians have competed in the meet. Nine athletes have qualified multiple times, eight women and one man. .

*Emily Sisson qualified for four Foot Lockers championships, two while living in Nebraska and two while in Missouri.