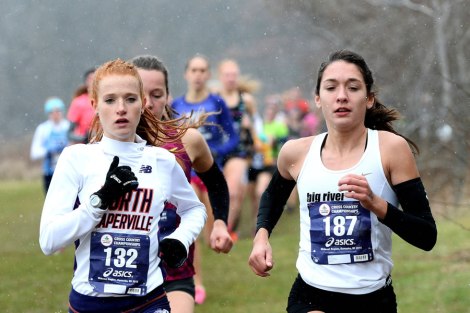 One of the best ever Missouri High School runners and one of the country’s best, is looking to add to her resume in her final career cross country race before beginning college next year. Ste. Genevieve senior Taylor Werner will look to add to her three-career high school cross country All-American honors and is shooting for a top-3 finish at the 2015 Foot Locker Cross Country Championships. The fact is Werner could win the race and become a national champion; she is that good.

As a freshman at this meet in 2012, Werner finished 13th to earn second-team All-American honors, a week earlier she finished 40th at the Nike Cross Nationals meet. A year later, the sophomore took 5th at Nike before a 10th-place finish at Foot Locker. Injury struggles as a junior kept Werner from competing at all in the high school post-season events. The three top-21 finishers as a freshman and sophomore gave Werner the three All-American honors and this year the senior decided to forego Nike to concentrate on Foot Locker one final time.

Werner is having a bounce back season after a junior year that was successful but defined by struggle and frustration. Werner suffered a lot last year before finally being diagnosed with a stress reaction in her pelvis. Werner got healthy and has roared back this year. Werner won a fourth straight MSHSAA Class 3 State cross country title while leading Ste. Genevieve to their third state team title in four years. Werner didn’t just win a title, she destroyed the Oak Hills Golf Center 5k course, covering the hallowed ground in 17:14!

Three weeks later Werner dominated the field at the Foot Locker Midwest Regional in Kenosha, Wi. Werner defeated Naperville North’s (Il.) Judy Pendergast by 21 seconds, finishing in 16:57. Two weeks before that, Pendergrast herself dominated the Nike Cross Midwest Regional, winning by 30-seconds in a new course record. A week ago Pendergast finished 8th at Nike Cross Nationals after being in the lead pack early in the race in Portland, Or. 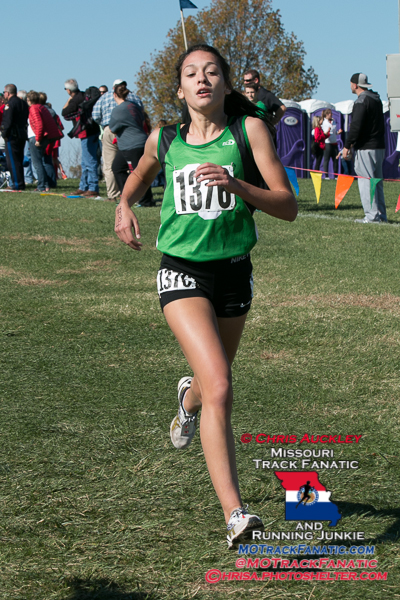 Now Werner has her eyes set on top-3 finish at Balboa Park in San Diego, Saturday. A third-place finish would match two Missourians finishes: Hazelwood Central’s Megan Thompson’s finish in 1987 and Parkway Central’s Emily Sisson in 2009. A runner-up placing would match Megan Thompson’s 1989 finish, and Francis Howell’s Susan Bliss’s finish in 1987. A national title would be a first for a Missourian in the 36-year old meet, as well as in the newer Nike Cross Nationals meet.

In a Wednesday phone interview, Werner talked about nationals as well as her Midwest Regional race. She said she had a goal of a top-5 finish while dealing with IT Band issues that went away during the race. Werner said she took the lead just before the mile and then really let it rip at a mile and a half to pull away from the field. Werner indicated she was nervous about the race and staying with the top Midwest girls in the race, but knowing this was her year, she had a shot to win the thing. She did just that.

“To go out and have the race that I did, I was shocked. It’s really a big confidence thing now for me, going into the national meet Saturday, I know what I’m capable of now. I know I can compete with those girls and so I think it’s going to help me a lot going into nationals now, that confidence, I think it will help me keep my focus better, especially when the race gets a lot tougher, around the middle. I’m excited though, to see how I can do.” 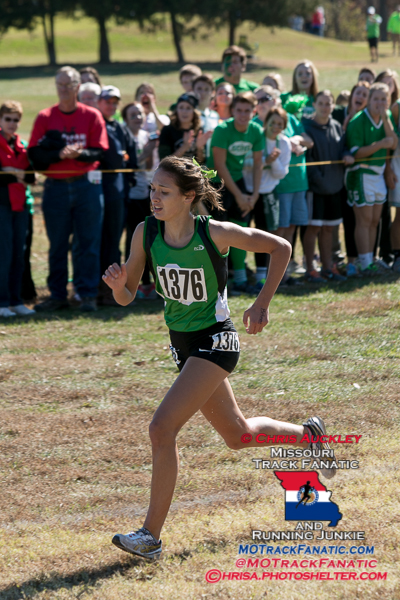 So what is the plan and goal for Saturday? “Really my main goal is to have a great race. I know that I got All-American my freshman and sophomore year, but I still feel like I didn’t perform up to what I was capable of. I think a lot of that is the pressure of it. The course is tougher, but I’d say it’s no tougher than any course I ran this year, because Missouri has a lot of hills. I think the main goal is just to have a good race, I definitely think I’m capable of top-3, who knows, if I win it, awesome, if I don’t, I just want to have a good race and know inside that was the best I could do. ”

Werner said she is excited to think about the possibility of finishing in the top-three and that she has let herself dream or envision what it would be like to be top-three, or even first. About allowing herself to dream about a high finish, Werner said, “It’s awesome, that’s all I’ve been thinking about? I have a lot of those dreams and visions now all the time. It would be awesome and now it’s about making that a reality. I think the hardest part is, while I’m thinking about all of that, is to forget the pain it’s going to take. I just have to stay focused; I know if I can do that, then I definitely have a shot at getting top-three. That would just be awesome.”

Outside of the race, Taylor is excited to meet all of the other qualifying runners, “You here about them all the time through Milesplit and all of those running sites, to actually go and meet them is completely different than what you’re going to see on interviews. Werner also cannot wait to meet the professional runners that will be there. “I think Emily Sisson is actually going to be there, so to finally get to meet her that would be really cool. And of course after the race, the (fattening food) you know, like donuts and stuff, (I’m) definitely looking toward that.

Werner says she’s looking forward to the tough competition and knows it will resemble college competition. “I’m really looking forward to college running and that’s one of the things I like about his race. It’s not college level but I think it’s going to be good preparation for those big college meets. I’m excited but I’m kind of sad I have to leave the high school atmosphere (after this year).”

Having had two experiences at Foot Locker Nationals already, Werner thinks she can take what she has learned from those trips and help her be successful Saturday. “I think the biggest thing is (the event) really tests you mentally. You spend two days with all those girls and it’s easy to forget what you’re really there for. I think a lot of girls go out there because they made it to nationals and it’s not like it’s just a race for them, it’s more like it’s just for fun now. I think that’s the thing I have to stay focused on, yeah it’s supposed to be fun but I also want to do good. So I think the hardest thing and the thing it’s taught me the most is there’s going to be girls that are right there with you the whole race, but you just have to stay truly focused and you have to stay tough, or else once one girl passes you (and) it’s so easy to lose it and start slowing down. I think that was harder for me, especially my freshman year. I couldn’t keep the pace with the front pack and these girls started passing me and it just continually happened and it kind of tore me apart. I think over the last three or four years I’ve really worked on that and I think that will be the most beneficial thing for me.”

No matter how she finishes Saturday, Werner should be proud of the high school career she has had and the many successes. Most runners would gladly take a sliver of her success and be satisfied, but that’s partially why Taylor is so good, she hasn’t settled. She has continued to push herself and you can bet the chances are good Werner pushes her way to the front of the pack Saturday and fights the good fight and goes out with a bang.