The Stanford signee is just the second Missourian to qualify for nationals three times and is looking to join three others who’ve earned All-American honors (top 15 finish) at least twice.* Long joins Hazelwood Central’s Megan Thompson, a four-time finalist, as the lone three time finalists from the Show-Me State. Long has gotten to know Thompson a little bit over the last year, and the two posed for a photo at the State Track meet last May after Long broke Thompson’s long time state meet 1600 meters record. 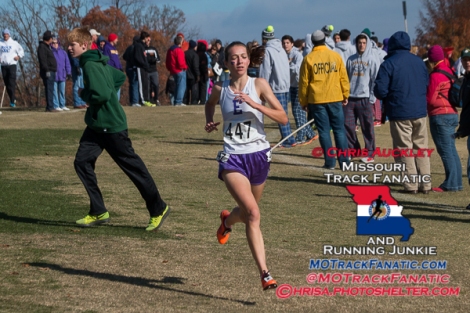 Three weeks after her third straight Missouri Class 4 State Cross Country title, the Pacific, MO. native ran to a sixth place finish in Kenosha, Wisconsin. Long finished fifth in a flurry of six girls that finished from second to seventh in a 14-second span. The finish follows her 5th place regional finish in 2013 and a 7th place finish in 2012. As a freshman, Long finished 11th at regionals, and just missed joining Thompson as a four-time national qualifier by three seconds.

Although she finished one spot better last year at regionals, Long appears to be coming off her best regular cross country season. Long skipped a third trip to the Great American Cross Country Festival this fall after a runner-up finish as a sophomore and a victory as a junior. Instead Long was dominant all through-out fall and added college visits and a college decision to her calendar.

One of Long’s many impressive races came at the Missouri Southern Stampede. Long won the 5k race by 1:22 on the Tom Rutledge Course, finishing in 16:51. That performance was two hours after the University of Arkansas’ All-American Dominique cruised to victory in the cooler, early morning temperatures. Scott finished in 16:32, to win by 26 seconds. Long’s time would have placed her second in the women’s race and her time bettered that of at least two NCAA Division I track and field All-Americans. Scott went on to place 6th at November’s NCAA Division I cross country championships.

At the state meet, Long had to endure three restarts in the Class 4 girls race. Combine that with wind gusts in the 20-30 mph range, and she came up just short of the Taylor Werner’s state meet course record. Long still managed an outstanding time of 17:38 to win by 31 seconds. 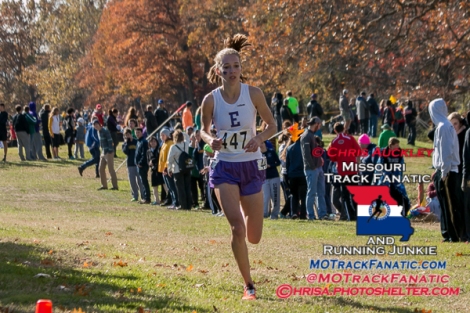 Long is looking to improve on her sickness tainted 23rd place finish in 2013, and her second team All-American 10th place finish in 2012. No matter what occurs, there’s no doubt Hannah Long is one of the best all-time Missouri high school cross country runners. Saturday in San Diego, Long will look to prove that she’s among the top handful of ladies in the country, and add a little more icing to the amazing cake that is her high school cross country career. 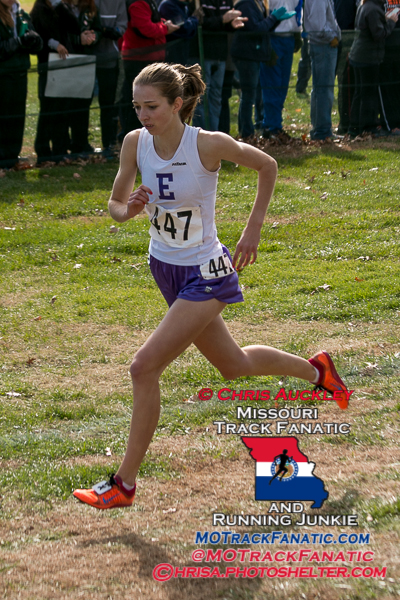 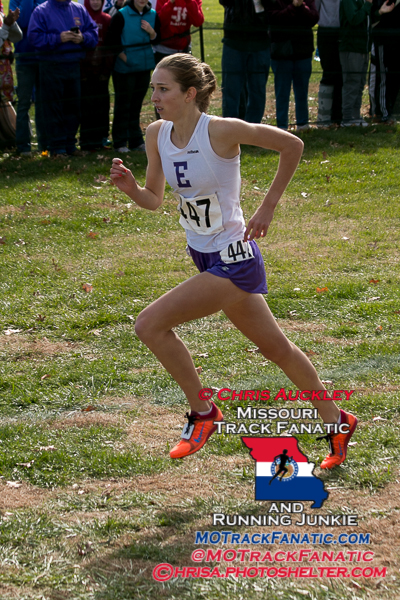 Long is a three-time finalist, and just missed being a four-time finalist. As a freshman, Long placed 11th at the Midwest Regional, missing a trip to nationals by just three seconds.

*Emily Sisson is a four-time Foot Locker Nationals qualifier, twice while living in Omaha Nebraska, and twice is Missouri.