After an undefeated regular season, Werner swept Missouri Class 3 District and State titles. Werner captured her second straight title in dominating fashion, breaking the old state meet record set by Eureka’s Meredith Snow in 2005 of 17:51.4, and the newly minted record of 17:46.82 by Eureka’s Hannah Long, thirty minutes earlier in the day. Werner put plenty of distance on the previous marks, finishing in 17:31.30. 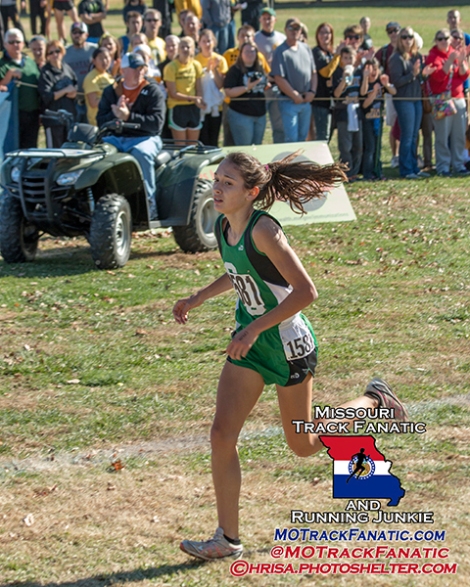 Werner’s second go-round in Portland, went much better than in 2012 when she placed 40th in her first national competition. Werner hung with the leaders early on before finishing fifth in 17:34 on the Portland Meadows course, to add a second All-American honor to her 13th place finish at the 2012 Foot Locker national meet. One week later, Werner wrapped up her stellar season at the Foot Locker meet in San Diego. Like in 2012, Werner moved into the lead late into the first mile, and eventually finished 10th to earn Second Team All-American honors. The December showing proved the young Werner is one of the top prep runners in the country, and with two more years left, could keep adding to the resume.

Kauppila finished first in all but just once meet during the regular season, taking second to O’ Fallon, Il.’s Patrick Perrier at the Forest Park Cross Country Festival. Kauppila eased through the Missouri Class 4 District 2 and Sectional 1 races. Seven months after moving to second on the all-time Missouri High School Boys performance list in the 3200m/2-mile on the track with a 8:54 3200 meters, behind only two-time Olympian and American record-holder Matt Tegenkamp, Kauppila looked to take down “Teg”s 14 year-old cross country state meet record. Kauppila did just that, running 15:22.34 to edge the record by six seconds, and win the race by 12. 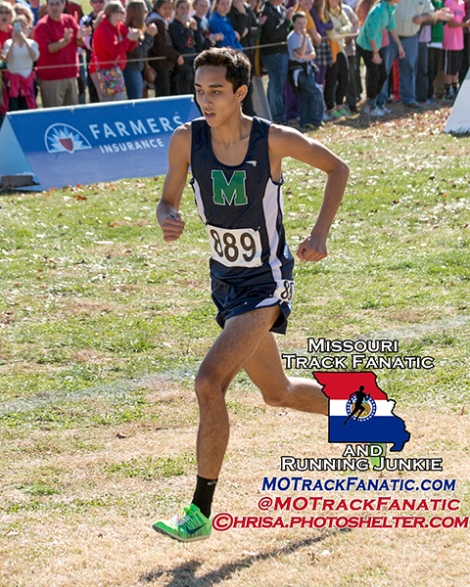 Kauppila became the 10th Missouri boy to qualify for the Foot Locker Cross Country Championships with his top-10 finish at the Midwest Regional in Wisconsin in November. Kauppila ended an 11-year drought for Missouri boys by making it to the national meet, and made him the second Marquette boy to advance, joining Greg Speicher who qualified in 1995.